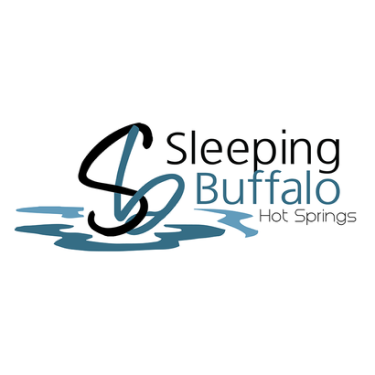 The History Beginning in the late 1920s and known as the American Legion Health Resort, this project represents the cohesive effort of many communities of Phillips County. Its history is colorful success and joy mingled with setbacks and despair. Originally, a wildcat oil rigger was testing the area for oil. At 3,100 feet, he struck a gushing well of hot water, which flowed with 500 pounds per square inch. Drilling was abandoned, and the well was allowed to flow for several years. During these years, when bathtubs were not as plentiful as now, cowboys in the area made us of the hot water for a “Saturday night bath.” Then, a strange set of circumstances began to develop. Elbert Davison, a Saco rancher, had a son stricken with polio. He conceived the idea of building a wooden tub around the hot mineral water and bringing his boy down to soak in hot water. The results were so beneficial that soon many people were making use of it, and a larger pool was made of wooden railroad ties. The American Legion Posts of Malta, Saco, and Hinsdale combined their efforts to get the escaping natural gas shut off without stopping the flow of water. Many residents of this area still remember when a match could be thrown over the well, and the escaping gas would ignite, burning until a high wind came along to blow it out. President Roosevelt’s New Deal came into effect in the midst of the depression years, and the WPA was formed to help the unemployed. A program called the resettlement Administration, a project of Phillips County’s Henry Lantz, was looking for projects of a recreational nature to provide employment. The hot water “plunge,” as it was known, was an ideal location for work of this type. Thus began the Legion Health Resort. Today it stands as a monument to the community spirit and unselfish effort of many individuals. The Water The water comes from an artesian well that is 3,200 ft deep. The temperature is 108 degrees Fahrenheit and flows at a rate of approximately 900 gallons per minute with 495 psi. This water contains many beneficial and essential minerals. OUR MINERAL WATERS OFFER EXCELLENT HEALTH BENEFITS Silica: Strengthens bones, boosts the immune system, promotes healthy nerves, hair, and nails. Sulfate: Rids the body of toxins, promotes the health of bones and is anti-inflammatory. Calcium: It is a constituent of the elastic fibers of the skin and the surface of bones and teeth. Promotes stability. Magnesium: Maintains normal heart rhythms, converts blood sugar to energy, and maintains muscle tissue and hormone levels. Sodium: Has been known to relieve symptoms of arthritis. Potassium: Normalizes heart rhythms, eliminates toxins from the body, and assists in reducing high blood pressure. Iron: Increases the resistance of stress and disease, prevents fatigue, and promotes good skin tone.

Lodging Policies -While each park attempts to accommodate your exact spot request, the on-site manager has the ultimate decision for spot placement. Arrival Times -4:00 PM - 8:00 PM Credit Card Security -Your credit card information is stored and processed securely. Click here for more information about credit card security. SLEEPING BUFFALO HOT SPRINGS RESERVATION POLICY GUIDELINES GUARANTEE YOUR RESERVATION: -Every guest reservation is both important and special to us. Your reservation is a contract with us so please understand our Policy. We welcome your reservation when your plans are firm. To guarantee your reservation, a deposit equal to at least your first night will be charged to your credit card at the time you make your reservation. The balance of your stay will be charged by us after the cancellation cut-off date using the card on file. -For groups or special events reserving ALL cabins/suites/icehouses, the total stay is DUE at the time of booking. Extended stays (more than 3 nights) require additional nights deposit due at booking. Weekends require a 2-night minimum stay. RESERVATION POLICIES AND INFORMATION: -CHECK-IN starts at 4:00 PM -CHECK OUT is by 11:30 AM -Minimum Age to rent a Cabin/Suite/Icehouse at Sleeping Buffalo Hot Springs is 21 years of age. Identification may be required to verify age. Children under the age of 16 must be accompanied by an adult. -Payment Types: We accept Cash, Traveler's Checks, Visa and MasterCard. Canadian dollars will be accepted at the current exchange rate. PET POLICY: -Some visitors enjoy sharing the pleasures of camping with their dogs. To ensure that all guests have a safe and enjoyable experience, Sleeping Buffalo has established some guidelines. We do NOT allow Pets in our Interior Suites. -Service dogs are welcomed at the Sleeping Buffalo. -Well behaved, housebroken dogs are allowed in cabins/icehouses with a $15 per dog, per night fee. Dogs of any breed that are hostile or aggressive will be asked to leave along with their owners. Dogs must be kept on leashes when on property. DAMAGES POLICY: -Damage to or Removal of Cabin/Suite/Icehouse Property -Sleeping Buffalo reserves the right to charge guests the cost to rectify any damage to any property or structure. Should this damage or removal of property come to light after a guest has departed, we reserve the right to make a charge to the registered guest's credit/debit card or to send an invoice for the amount to the guest's registered address. Guests agree to be responsible for damages or disturbances they may create during their stay. In addition, we prohibit the cleaning of any fish or game animal in lodging cabins which will result in additional cleaning fees. All Cabins/Suites/Icehouses are NON-SMOKING. There will be an automatic fee of $500.00 charged for smoking in any guest accommodation. NO GUIDING & OUTFITTING -Sleeping Buffalo is not a guiding/outfitting service. The Resort has luxury Icehouses for their enjoyment and allows others to trespass on this property for an agreed-upon amount. -Sleeping Buffalo will relocate icehouses at their discretion. I AGREE TO THE FOLLOWING: -Cancellation of Cabins/Suites/Icehouses within 30 days will result in forfeiture of all deposits -For Holidays/Group Events/Hunting Season/Ice Fishing Season, cancellation must be made 30 days prior to arrival to avoid forfeiture of all deposits for any accommodation; $25 -Cancellation Fee/Night booked -All Cabins/Suites/Icehouses fees are due and payable for nights booked within the 30-day window All Cabins/Suites/Icehouses are Non-Smoking -Sleeping Buffalo reserves the right to charge guests the cost to rectify damages to any property or structure -Bookings are Non-Transferable

-Spot2Nite convenience fees are non-refundable. Campground/Cabin/Suite/Icehouse Cancellation Policy: NEED TO CANCEL? The Sleeping Buffalo Hot Springs is a smaller resort in a remote setting. Consequently, cancellations affect us significantly. If you need to cancel your reservation, please call 406-527-3320 before the deadlines listed below. RV & TENT SITES: 72 hours cancellation notice is required. Notify Sleeping Buffalo three days before your scheduled arrival. CABINS/SUITES/ICEHOUSES: 30 days cancellation notice required; a $25 Cancellation Fee will be charged CABINS/SUITES/ICEHOUSES RESERVATIONS made after these deadlines require nonrefundable deposits. Cancellations made after deadlines will result in the forfeiture of all deposits. All accommodation fees are due and payable for nights booked within the 30-day stay window. CABINS/SUITES/ICEHOUSES HOLIDAYS, REUNIONS, SEASONAL (Including Hunting/Ice Fishing Season) Cancellations during the Holiday periods and Special Events (including Hunting and Ice Fishing Season) must be made at least 30 days prior to your arrival to receive a refund of your deposit minus a $25 cancellation/processing fee per Accommodation per night; $10 for RV Site. These cancellation fees will be charged at $25/Night reserved.