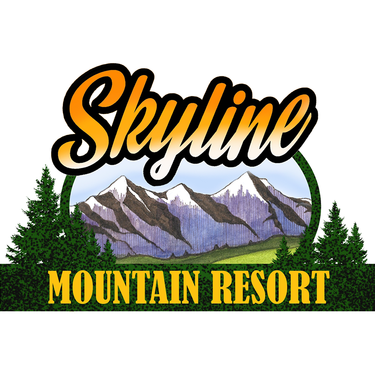 This laid-back community is located 52 miles from Provo and 17 miles from the Manti-La Sal National Forest and is nestled in the foothills of the majestic Manti-La Sal mountain range and is open to the public. Many a child has grown up playing on the mountain and continue the legacy with their children and grandchildren. Come enjoy the peace, quiet and fresh air of the beautiful Sanpete County and all of the amenities of Skyline Mountain Resort. Skyline Mountain Resort was established in 1965 under the name of Sports Haven International as a member hunting ground. Members would purchase non-deeded lots where one could camp build their cabin and hunt freely. As time went on, other amenities were added to encourage family participation. Improvements such as a clubhouse, cabins, RV pads with hookups, pool w/slide, and a tennis court. There was a time when you could rent a horse by the hour or by the day. With the development also came power, which is available to each lot owner. A full-time water system has been installed for homes/cabins in the lower sections of the resort. There is water available at various stations. Due to the high volume of cabins and activity and state law requiring a 1-mile separation from any dwelling and the firing of guns, hunting was eliminated in the early 2000s. There were requests from the members, and the community, for a golf course. After careful planning, it began with 3 holes, then grew to 5, then 7 holes. In 2005 the final two holes were finished bringing it to a 9-hole course. Since 2005, many improvements have been made to the golf course…including trees, bathrooms, ball washers, and beautiful benches where you can sit and enjoy the game and beautiful surroundings. Deeds for their individual lots were issued to the members in February of 2015. The resort was under the management and loving care of Joe and Janis Hanks for 38 years, until his passing in May of 2017. We are now under new management and the name was officially changed to Skyline Mountain Resort sometime in late 1970.’ Skyline Mountain resort offers all types of recreation year-round for members. There is a large winter/summer playground up on the mountain for snowmobile riders, snowboarders, 4-wheelers, etc., up Fairview Canyon. In winter, the roads in the “full-time area” are plowed, and the main trails are groomed for winter use for the members to reach their properties. Our gated community provides a comforting level of security for all of our members…both those who live here full-time and those who come less often.

-Our hours are Tuesday - Saturday, 9:00 AM to 5:00 PM. -There is a 30% non-refundable deposit due at the time of booking. If you are asked to leave because of a violation of any of our rules, you will not be refunded. -You must clean up after your pets; there are doggie dump stations available at either end of the RV park there will be an added charge of $25.00 if you fail to do so. -One car is allowed per camping spot. There is overflow parking near the office and pavilion. Early check-in or late check-out is available based on availability and must be requested in advance. -Excessive mess in the cabins or RV area may be fined at a rate of $25 per hour. We will attempt to accommodate moving sites in the RV area, but site moving is not guaranteed. -Reservations Rules -The speed limit is 5MPH around the office and RV/Cabin Area. Please don't exceed the speed limit for the safety of yourselves and others. -Cabins - We will keep your CC info for a security deposit. - Cabin #1-3 Sleeps 8 people maximum per fire restriction laws. - Cabin #4 Sleeps 6 people maximum per fire restriction laws. - Cabin #5 sleeps 12 people maximum approval per fire restriction laws. - Check-in time 2:00 pm Check-out time 11:00 am you can check in early based on availability. - Animals are allowed in our pet-friendly cabins #1 & #4. - No smoking. - Please bring your own pool towels. Towels from the cabins are not allowed in the pool area. - We close at 5:00 pm, so if you can’t make it by then, please let the office know, and we will make arrangements for you to get into your cabin. Quiet Time is 10:00pm to 9:00am. - Golf is not included with cabin or RV rentals but is available for a fee. Pavilion rentals are also available. - Canopies allowed—no tents allowed in the cabin or RV areas. -RV Park - Any damages due to your negligence will be your responsibility. - Dogs must be on leashes at all times, and the pool area is out of bounds for dogs. - Bathroom cards are available with a $20 Deposit or your driver’s license. Your license or money will be returned when you return the bathroom card. - Pavilion rentals are also available. - You are responsible for cleaning after your pets. There is a fine of $25 if you don’t clean up after your animals. - With each RV spot, you are allowed 1 vehicle. There is overflow parking for additional vehicles near the office—no tent allowed in the RV area. -Pavilion Rules - You must check in with the office upon arrival. Office hours are 9 am-5 pm. - Quiet time starts from 10 pm To 9 am. - If you use the kitchen, please clean up after yourself. Please clean the cement when you are through. You can get a hose from the office if needed. - Fires only in SMR approved Fire Pit. - Any damages due to your negligence will be your responsibility. - Please get the key from the office. Please return the key at the end of rental time in the office or the drop box in front of the office. If not returned, there will be a $50.00 charge to re-key. While each park attempts to accommodate your exact spot request, the on-site manager has the ultimate decision for spot placement.

Refunds will be given in accordance with the Cancellation Policy below: -Spot2Nite convenience fees are non-refundable. -30% REQUIRED AT BOOKING ABSOLUTELY NO REFUNDS