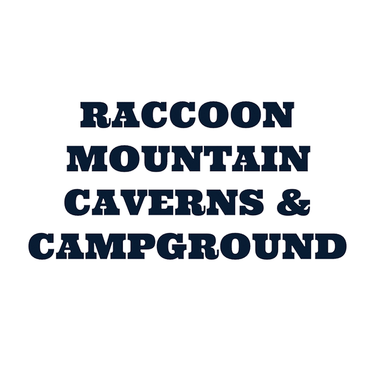 Up until the late 1920s, local farmers would come by the exposed limestone rocks at the base of the portion of Raccoon Mountain known as Mount Aetna. There they would sit and relax on hot afternoons as they enjoyed the cool air which would blow out of the cracks in the limestone rocks. Finally, in late 1929, they invited Leo Lambert, a famed local caver who discovered Ruby Falls the year before, to explore the area for a cave. After crawling through a small opening in a horizontal crack, Mr. Lambert found a pristine cave that appealed to his love of caves. He decided to open it as a tourist attraction and spent the next several years working on trails around the Crystal Palace Room. He named this beautiful cave “Tennessee Caverns” and opened it to the public on June 28, 1931. The original tour, now known as the Lambert Tour, circled the Crystal Palace Room, which was believed to be the largest room in the cave. Some twenty years after its opening, the Smith Brothers were managing the cave and discovered a small hole just off the Crystal Palace Room. It is said that it was so tight that they had to exhale so they could squeeze through the tiny opening. Less than twenty feet later, they found the passage opening into a larger room and continued their discoveries. Eventually, they were able to enlarge the tour to include these newly discovered areas. Today, this tour is known as The Crystal Palace Tour. To date, we have found and mapped over 5 1/2 miles of passageways, with new discoveries still being made. Over the years, the name of the cave was changed from Tennessee Caverns to Crystal City Caves to Crystal Caverns and eventually to its current name, Raccoon Mountain Caverns, in the late 1970s. Today, we are home to not only a spectacular cave, but a beautiful campground, featuring full-service RV sites, water, and electric sites, primitive tent sites, and cabins. Geology Raccoon Mountain Caverns is located in a band of limestone from the Monteagle Formation, which formed during the Mississippian Period (approximately 320-360 million years ago), on the bottom of an ancient sea. In this sea, fragments and shells of various marine animals sank to the bottom and became compacted over time to form limestone rock. We have fossils of crinoids, coral, bryozoans, and echinoderms throughout our cave. Although fossils in the limestone tell us the age of the rock, they are not much help in determining the age of the cave. Most caves, including ours, are less than ten million years old. By the end of the Permian Period ( 225 million years ago), tremendous mountain-building forces resulting from the collision of the continents forced the seas to retreat and pushed and folded the layers of older rocks high above the level of the sea. This produced the anticlines (rocks folded into an arch) and synclines (rocks folded into a “u” shape) which are now the Appalachian Mountains. Raccoon Mountain Caverns is at the edge of the Sequatchie Valley, which is one of the largest and most spectacular anticlinal valleys in the world. Limestone caves are formed when acids attack and dissolve the calcite contained within the limestone. This acid is carbonic acid (also known as soda water carbonated water) which is formed when carbon dioxide combines with water. Most of the carbon dioxide comes from decaying leaves and vegetation in the soil. Scientists believe that most caves from below the water table by slowly moving water. After a rain, the rainwater mixes with the carbon dioxide in the soil and dissolves the limestone underneath. Two factors control the formation of cave passageways: vertical and horizontal fractures in the limestone, and the water table. A cave is formed by water moving slowly in the small fractures below the water table. The of flow below the fractures changes as some limestone is easier to dissolve than others due to variations in composition. (This is evident at Headache Rock which is viewed along the Crystal Palace Tour.) Some channels grow larger as they take in more water, and, as a result, they grow faster. The cave forming process may take thousands of years and can be stopped by either the lowering of the water table or the formation of air passageways in the cave system due to surface erosion. As outside air enters the cave system, the water quickly becomes supersaturated with calcite, and the dissolving process eventually stops. This change marks the beginning of the depositing of calcite in the form of stalactites, stalagmites, and other known as speleothems.