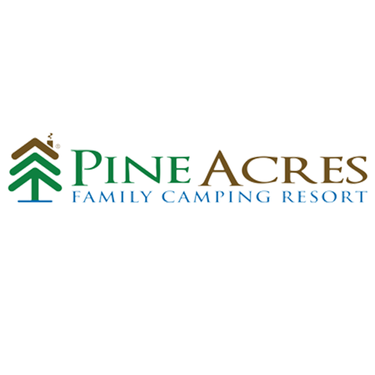 In the late 1950’s Kim and Grace Packard bought a large parcel of undeveloped land on Lake Dean in Oakham. The Packards’ initial plan was to keep a parcel for their family and subdivide and sell the remaining property as summer lake lots. In 1957 the idea for a campground came about after a suggestion from a friend. Kim and Grace decided to call the property “Pine Acres Campground” due to the covering of old growth pines on site. With not much more than a chainsaw, they began to clear the land and built a rustic cabin that served as their store, office and sleeping quarters near the lake. This original building still stands on property and operates as “Uncle John’s Bait Shop”. The campground opened for business on Labor Day 1960 with only about a half dozen spots on the waterfront. Kim and Grace were pleased with the campers’ response and saw a need for continued improvements and amenities. From 1961 to 1974, the family also constructed and operated a small ski area on the property with an original ski lodge near the lake. In 1967 the Packards constructed an A-frame home to permanently move their family to Oakham. This is now the Main Office and Administration building. Later, a new lodge was built to accommodate the growing interest in skiing as well as to host private functions and is still being utilized for entertainment and activities. In 1989, Mr. and Mrs. Packard decided it was time to retire, and sold the business to their son Randy and daughter-in-law Denise. They, along with their three children, enhanced the property with new developments geared toward satisfying the needs of future camping families. Pine Acres has continued to expand into a full-service camping resort. It has been twice awarded the “National Large Park of the Year Award” and continues to be rated in the top one percent (1%) of camping facilities nationwide. We offer a variety of campsite and rental choices (some pet friendly) for everyone’s pleasure. Enjoy boating and fishing on the lake or relax at the pool while the kids play in the splash-pad. You don’t need to travel far to experience being away!