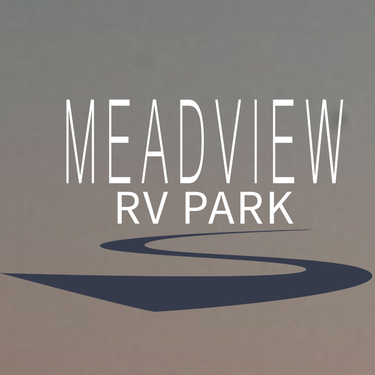 Welcome to Meadview RV Park. We are located in northwest Arizona at the point where the Grand Canyon ends and Lake Mead begins. At 3,400 feet elevation, Meadview enjoys summers a little cooler than the low-lying deserts and winters a little warmer than the mountain areas. Just a few on the many facts and activities of our area: - Land for the Meadview development was purchased in 1960. Portions of that land were later determined to be inside the Lake Mead National Recreation Area, and that land was exchanged for inland parcels. Meadview now has around 900 homes with some 2500 residents. Visitors come thousands of miles from thousands of places to visit Meadview, not only for Lake Mead but also for its closeness to the Grand Canyon as well as the Hoover Dam. - Lake Mead is a man-made lake that lies on the Colorado River and is the largest reservoir in the United States in terms of capacity. It has diverse activities such as boating, hiking, camping, and fishing. It contains 1.5 million acres of mountains and canyon and has two vast lakes for guests to explore. - The unique "Gold Basin" meteorite exploded over more than 50 square miles. A small field team from Tucson, including a retired civil engineering professor who discovered the meteorite, began collecting pieces of the find in 1996. But it will take years to gather the remaining stones and assemble the details of what happened, according to The University of Arizona scientist who is part of the team working to recover the entire meteorite. - The Meteorite itself was carbon-dated and found to be around 15,000 years old and has survived the Ice Age. Preliminary evidence predicts that the asteroid may have been 6-9 feet in diameter, but exploded probably 6-18 miles above the ground. It hit the earth's atmosphere with an energy of between 10-1000 tons of TNT. Today Fragments are still being found and collected across the area. More than 3,000 fragments have been found so far, and scientists estimate there could be thousands more. - Who knows, maybe you'll find one of these fallen stars.

- We require deposits for RV sites and Cabins. We must have a deposit by check or credit card. We only accept Mastercard and Visa. - A 100 percent deposit is collected at the time of purchase. - While each park attempts to accommodate your exact spot request, the on-site manager has the ultimate decision for spot placement. - Payment for retail items and gift certificates is collected at the time of purchase. NO SMOKING OR VAPING INSIDE CABINS AT ANY TIME. - DO NOT throw cigarette butts on the ground. - Dispose of them properly. there will be a $250 charge for cleaning of rooms and any other damages. Quiet Hours are between the hours of 9 p.m. and 8 a.m. Noise that disturbs your neighbors will not be allowed. Pet Policy: - A $100.00 deposit is required for any pet while staying in our cabins. - We welcome responsible pet owners. - Please pick up after your pets. - A pet walking area is located at the North-East end of the park. - Mohave county leash law is strictly enforced. - Pets must be on a leash when outside of the cabin or RV. - No pets are allowed in washrooms or any public buildings. - No pet shall be left unattended or outside your RV or cabin at night. - If any pet is found to be vicious in nature, the tenant will be asked to leave the park without refund for bad behavior. Washing RV's or other vehicles is prohibited and will result in a $25.00 fine and/or eviction from the RV Park. Water is scarce in the desert. PLEASE CONSERVE WATER. Physical and/or verbal violence will not be tolerated and will result in eviction from the RV Park. Visitors: - All visitors staying overnight must check-in at the office; an additional fee will be assessed for an extra guest. Children: - Children are welcome with an accompanying adult. - Children age 1 and under stay free.

- Must be received 10 days notice prior to the reservation date, after this date: we will charge the credit card. Sorry, there will be NO exceptions! - Spot2Nite convenience fees are non-refundable.