City of Rocks Camp and Climb 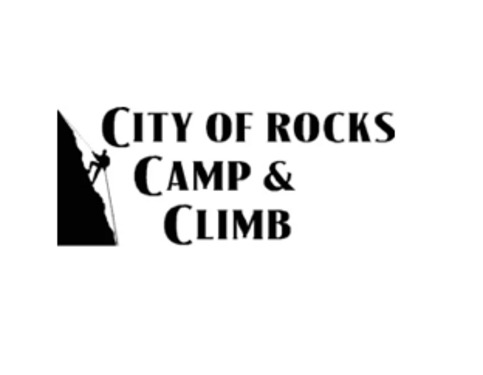 City of Rocks Camp and Climb is a beautiful remote RV park and campground located right at the entrance to the City of Rocks National Reserve. Great Location, close to everything you want to do. Close to the City of Rocks entrance and the park headquarters. Need anything from town no problem just down the road. Easy access, right off the main highway. Lots of room to move. Spectacular view of Castle Rocks State Park and Independence Peak. Lots of parking. We are super excited to host you. We are new and working hard to bring new amenities. Additionally: The City of Rocks National Reserve, also known as the Silent City of Rocks, is a United States National Reserve and state park in south-central Idaho, approximately 2 miles (3.2 km) north of the border with Utah. It is widely known for its enormous granite rock formations and excellent rock climbing. The rock spires in the City of Rocks and adjacent Castle Rocks State Park are largely composed of granitic rock of the Oligocene Almo pluton and Archean Green Creek Complex. City of Rocks is also a popular rock climbing area, with over 1,000[6] traditional and bolt-protected routes. In the 1980s, it was home to some of the most difficult routes in the country, mostly developed by Idaho climber Tony Yaniro. Climbers in the region refer to the area as simply "The City". During the 1840s and 1850s, wagon trains on the California Trail left the Raft River valley and traveled through the area and over Granite Pass into Nevada. Names or initials of emigrants written in axle grease are still visible on Register Rock, and ruts from wagon wheels can be seen in some of the rocks.

Available RV sites at City of Rocks Camp and Climb

Check-In Procedure - Check-in time is flexible. - Spots 1-25 RV hook up back in spots South side along fence. - 26-45 Pull through spots center of the campground. - 46-54 Tent spots North side of the campground. - Find your reserved spot. If problems or questions contact Steve 208 431 5575 - One vehicle is allowed per site. An extra vehicle parking fee of $5/per night will be charged per vehicle per night upon arrival of additional vehicles. While each park attempts to accommodate your exact spot request, the on-site manager has the ultimate decision for spot placement. Misc: - Fireworks are prohibited. - Dogs must be confined or on a leash. - Camping is permitted only in designated areas. - Quiet time starts at 10 pm. - All equipment and vehicles must be within the designated campsite. - Be respectful and considerate of other campers.