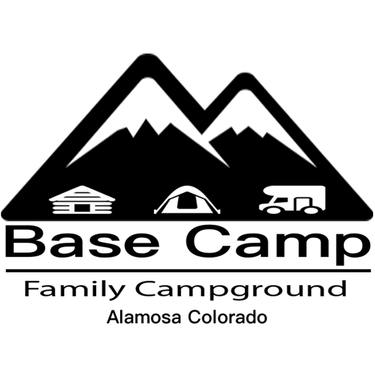 Base Camp Family Campground is owned and operated by the Norris Family. The Norris brothers, Kevin and Mitch, first came to Southern Colorado in the early '80s to climb Blanca with some friends and have been vacationing here ever since. They bought the Base Camp Ranch property and moved here in 2016. They're using all they've learned from years of RVing adventures to achieve the park's mission of providing a clean, affordable, spacious, well-run camping facility and to be a centrally located "base camp" and hub of information for everything this unique area has to offer. You may feel it when you first enter the valley...this is a special place like no other. You'll be camping on Native American sacred ground, in the shadows of 14,000 ft. mountain peaks, in the largest high-desert alpine valley in the world that is sprinkled with free-flowing artesian wells, hot springs, and wetlands. Water gushes up through the desert floor from aquifers that are continually replenished from the snow that melts from the surrounding mountains. The valley gets 350 days of sunshine each year and less than 8 inches of precipitation, mostly in the form of afternoon thunderstorms. Bring a sweater, even if you're here in August. Daily summer temperatures average 65 degrees, and it will get down into the '50s at night. That's perfect camping weather! For native American tribes, including the Utes, Apache, Navajos, and others, this valley is considered the source of life, a place where humans and spirits enter and leave this world. This sipapu, or place of emergence, is believed to be near the sand dunes in the San Luis Lakes area. The valley was considered so sacred that no war would be waged here. The tribes would pass each other in peace. Blanca Peak is considered the eastern boundary and doorway into Dinetah, the traditional Navajo homeland. Today, 30 spiritual centers, representing religions from all over the world, are located in the Crestone area at the north end of the valley.

While each park attempts to accommodate your exact spot request, the on-site manager has the ultimate decision for spot placement. - EXPRESS CHECK-IN -- We'll send you an email the day before your arrival, with your site number, wifi password, etc. There is no need to check in at the host site when you arrive unless you have questions. You can follow the yellow signs straight to your campsite! - DURING COLD WATER MONTHS -- Water faucets may be used for filling RV tanks only. Water hoses must be disconnected after filling tanks. No permanent water hose connections will be allowed. - Check-In Time is 1:00 PM -Check-Out Time is 11:00 AM -Deposit -- A deposit of 50%, plus taxes, will be charged on all reservations. -- The remaining balance will be collected on your scheduled arrival day. - No Shows -- Please contact us to cancel your reservation if you can't make it. If we don't hear from you before your scheduled arrival date, we won't have the opportunity to offer your campsite to someone else, and you will be charged the full price of your reservation. - Refunds -- Approved refunds will be given within 30 days. No refunds will be given for cancellations made less than 3 days in advance of your original arrival day. No refunds will be given for early departures. No refunds will be given for inclement weather. - Cleanliness -- Campsites must be kept neat and clean. No clotheslines or outside storage, except for lawn, patio furniture, and grills, will be allowed. Unkept campsites may be grounds for your early departure. - Children -- Children 4 and under will be admitted free. - Pets -- Pets are welcome. Please clean up after them and keep them on a leash at all times. Complaints from other guests about noisy or aggressive pets may be grounds for your early departure. -Noise -Please respect other guests by keeping your music, tv, and other sounds within your campsite area. - Quiet Hours are 10:00 PM - 7:00 AM. - Gas-Powered Vehicles -- 4 Wheelers, dirt bikes, and other gasoline-powered vehicles may not be used on park property. Electric vehicles such as golf carts and bicycles are welcome. The park speed limit is 5 MPH. - Smoking -- Absolutely no smoking inside or within 25' of any park building. - Campfires -- Campfires are allowed in supplied fire rings only. No firewood may be collected on the property. Firewood may be purchased at the Host Site. - Reservation Length -- Campsite Reservations are short-term only, up to a maximum stay of 28 days. Extended, 28-day stays may be permitted at the discretion of management. No permanent residents will be allowed. - Parking -- Parking of only two vehicles per campsite will be allowed, unless pre-approved.

-Spot2Nite convenience fees are non-refundable. Refunds will be given in accordance with the Cancellation Policy below: -Cancellations To receive a refund of your deposit, please notify us by phone at least 3 days in advance of your original arrival day for cancellations. A $10 cancellation fee will be charged.